Reflect on your last 24 hours. How many of those hours did you spend in engaged conversation and how many did you spend online or on some form of technology?

Have you ever suffered from “Phantom Vibration Syndrome” when you’re sure your phone is ringing on silent but it’s not.

Australians (and people everywhere) are spending more time online than anything else. Technology has absolutely changed the world for the better, but I believe we all need to be offline more and use social media less.

This is particularly important for parents to understand, and when I say parents, I mean from the moment a child is born. We must be conscious of how we interact with technology in front of and with our babies and children. We need to set mindful limitations on technology as early as possible and as a child gets older we need to formalise the way we allow our children to interact with it.

Technology is designed to be addictive and break down the self-regulation we have. It’s your duty to keep your children off it, otherwise it's highly likely they will become controlled by it.

Here are 9 reasons to consider when you and your children interact with technology.

1. Children and adults hooked on technology have less empathy. A 2014 study by Victoria Dunckley demonstrated that the brains of “Internet addicts” showed the same structural abnormalities to the brains as drug and alcohol addicts. This was shown through a 10-20% shrinkage in the insula of the brain, which is responsible for our empathy and compassion. It is not surprising that bullying online and offline is on the rise globally. One in five children were cyber bullied last year and Australia’s eSafety commissioner says “It’s not a matter of if, it’s a matter of when” children will be subject to online hate. Cyberbullying and trolling results in students not having a safe space anymore. Safety commissioner Julie Inman Grant states “As parents, we need to be instilling the importance of respect and responsibility when we hand over digital devices to our kids and we need to be modelling that same behaviour both online and offline.”

2. Children can’t focus for long periods of time. In 2000, Microsoft Canada reported that the average human had an attention span of twelve seconds; by 2013 that number had fallen to eight seconds. The “Flynn Effect” has shown us that children these days have higher IQ’s than their parents in part due to technology but the problem is that their limited attention spans and focus make complex cognition difficult. So, is the IQ meaningful?

3. On the topic of reading, Common Sense Media tells us students are reading less (fiction and non-fiction) which means poorer comprehension, vocabulary, imagination and focus. Kids who read for pleasure, or read with their parents from a young age, almost always outperform those who don’t.

4. Our children are struggling to sleep. At night according to this article from Harvard, "light from our screens throws the body's biological clock—the circadian rhythm—out of whack. Sleep suffers. Even worse, research shows that it may contribute to the causation of cancer, diabetes, heart disease, and obesity." With more than two-thirds of Australian teens suffering from sleep-deprivation, we are seeing an increase in ADHD, aggression, obesity and more prescription drugs and stimulants being administered as a result. The secretion of hormones related to stress and arousal, as well as the reduction in melatonin from the screen light, are all causing a delay of onset of sleep as well as poor quality of sleep. The outcome means major adverse effects on cognitive ability, judgement and behaviour.

5. Technology executives don’t allow their children to use technology! In his NY times bestselling book Irresistible, Adam Alter reveals that most of the heads of the technology companies in Silicon Valley send their children to a tech free school called the Waldorf School of the Peninsula. Alter raised the point that Steve Jobs didn’t let his adolescent children use iPads.

6. Most children (and most adults!) aren't digitally literate. Even though children today are ‘digital natives’ digital literacy doesn’t necessarily come naturally to them. Students may find it easy to locate information online, but lack the skills to examine it critically and to know whether it is trustworthy and accurate. In addition, the news that we receive via social media reinforces our own world view and is leading to us all having narrower perspectives and general knowledge. With the number one source of information for young people being YouTube and SnapChat children aren’t getting the full picture.

7. Our teenagers must get active. Last year, a Bloomberg study found that teenagers have become so lazy, most of them are as physically inactive as senior citizens. Seventy-five percent of teenage girls are not meeting World Health Organisation (WHO) recommendations for daily exercise. Skills developed on the sporting field and team sports are invaluable in later life and as John Medina’s suggests in his book Brain Rules, exercisers outperform couch potatoes in long-term memory, reasoning, attention and problem solving tasks.

8. Children are increasingly social online but socially isolated offline. Too often this leads to poor communication and interpersonal skills essential to thrive. We will always hold a comparative advantage in being “human” relative to machines and there is already evidence that those who benefit most from a university degree are those with good people skills. We must make efforts to further enhance being a good listener, an effective communicator, developing empathy, and collaborating with others. It often takes a student getting out of the school environment and their comfort zone to truly develop these skills. Encourage sport, drama, dance, and, when ready, getting work experience or jobs.

9. Finally, too often we as parents are bad role models A recent report by Common Sense media found that parents are using media for entertainment just as much as their children are, yet they express concerns about their children's media use while also believing that they are good role models. If you talk to most teenagers (even pre-teens) today they will complain about their parents usage and even their grandparents usage. My Expand Education students constantly joke about their parents and grandparents online habits!

I heard once that as a new employee you listen to your boss for around 3 weeks and after that time you look at what they do, children are the same. They don’t listen to their parents when it comes to technology if the parents role model poor behaviours themselves.

In an increasingly online world the importance of relationships and face-to-face communication must not be forgotten. Many recent school graduates I meet with are scared to talk on the phone or have a formal conversation. While many older people are equally addicted to technology what worries me the most when dealing with young people is they don’t have the luxury of a lifetime of experiences, relationships and knowledge. Once hooked it’s very hard to then develop this knowledge, have these experiences and build these relationships as technology takes over.

What can you do?

It’s important to understand social media yourself, talk about technology with your children and start early. Positive relationships start at home.

Tory Vidler is a teacher and founder of Expand Education, a Perth learning program for students from Pre-primary - year 12 that helps students unleash their potential at school and in life. www.expandeducation.com.au and @expandstories or phone Tory on 0424 676 775.

Students need time out. NOT on their phones. Watch this TED talk about boredom leading to brilliant 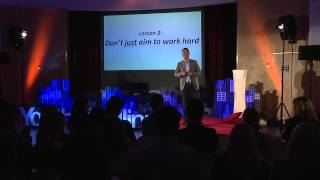 Which university is best for ME? 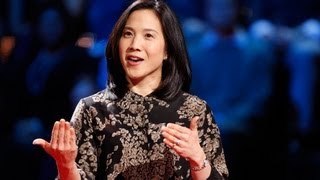 Tech + Talk. Education has never been so full of opportunities for students.

So, you want to be the next Harvey or Jessica? Here's a different perspective on working in the

Six ideas for how to spend the winter holidays 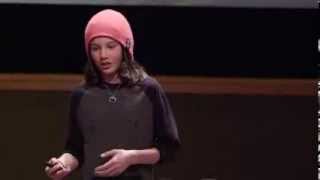 A 13 year old on what education should look like